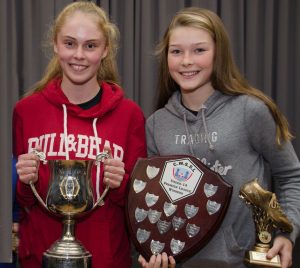 It is an exciting time for Zara Foley, Eabha O’Mahony and Maria O’Sullivan who in the past few weeks have signed into the highest level of Women’s soccer in Ireland into the Women’s National League.  Each having spent almost 9 years in the club competing in the Cork Women’s League, all three players have amassed an impressive list of club achievements with their teams.

Zara, Eabha and Maria have also represented the club proudly on Cork League representatives teams, in the past all involved in the U14 Gaynor Cup team and Maria in the U16’s. 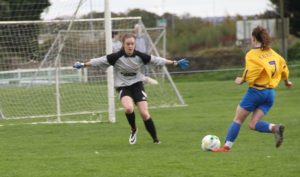 Also representing their schools Ballincollig Community School, Colaiste Choilm and Mount Mercy at Interprovincial on the U15 Schools International team. 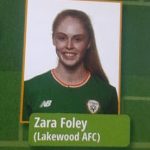 Lakewood U18 manager Aoife Kelliher wishes the players the very best “Eabha, Maria and Zara all have a fantastic attitude and work ethic that will stand to them as they progress. From when they first came to the club there has been a lot of effort put in from coaches, in particular Ger Cahill and Chris Condon over the years. We are very proud that they were Lakewood players, of what they achieved as part of the teams in the club and also how they have developed a real love for playing the game.”

The Senior Cork City Women’s team are currently mid season, the addition of the 3 Lakewood players has already commenced with Zara and Eabha already making their debut in National league games. We wish them the very best as they take the next step on a journey with endless opportunities for a talented trio.

About the Author: Mark Kenny